Okay so maybe a slight exaggeration but 50 kilometres was our original plan. We managed 40 in the end... just over 20 on day 1 and just under 20 on day 2. Who knew we would just keep walking up and up and up and some occasional downs like one oddly steep ski hill at Devil's Glen and then more up! I researched distances and start and end points but for some reason never paid attention to elevations!

So our first two legs of the Bruce Trail together and we are already planning many more. Devil's Glen to Blue Mountain with many stops in between. Nottawasaga Conservation Area, Singhampton Caves (amazing side trail where we hiked over some snow and ice!), Pretty River Valley, Blue Mountain, Scenic Caves, the longest hill at Mission Hill just to name a few.

A few wrong turns, no bears and only tiny snakes, one panicky hiker (okay maybe that was me) during a thunder and lighting storm and not knowing (thankfully in retrospect) about all the tornado warnings that day.

I decided not to pack my big girl camera at the last moment but if I had I probably would have taken it out less for pictures so I am happy I brought my little point and shoot.

All from a little inspiration that started in Kim's living room... 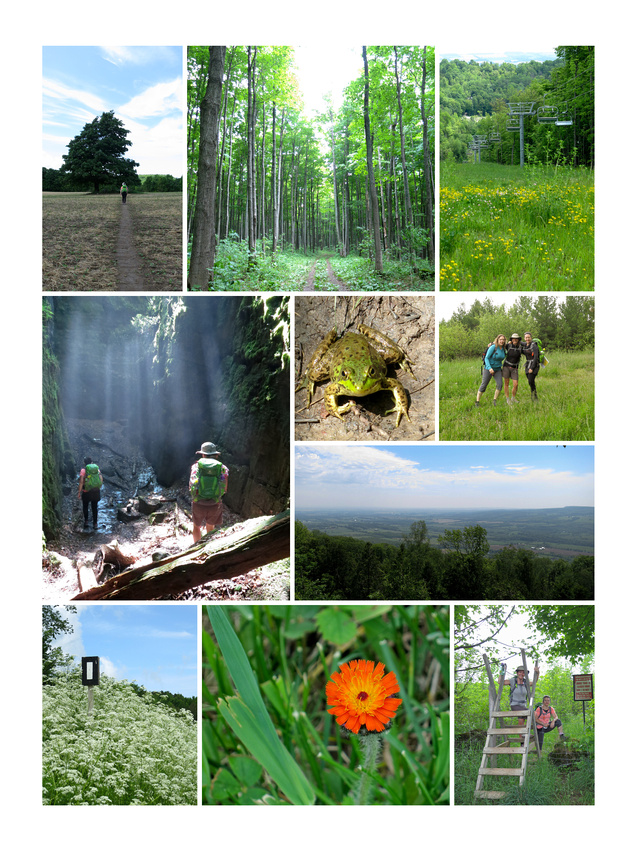 Until the next one!

Alyson(non-registered)
Such a great time! I'm so excited about this journey we've begun and couldn't have picked better company! Perfect hiking partners in every way! Thanks ladies! Looking forward to the next leg! Excellent blog Dawn! Great summarization!
Angela's Mom(non-registered)
Angela, I am very proud if you!!
Angela Murphy(non-registered)
What an amazing couple of days with two women that truly inspire me to be a better person and push me beyond my comfortable limits! I can't wait for the next adventure and years to come growing old hiking the Bruce Trail with you lovely ladies at 75 :)
No comments posted.
Loading...
Subscribe
RSS
Recent Posts
“Whatever our souls are made of, his and mine are the same.” ~Emily Bronte Christmas Minis are Coming! "No winter lasts forever; no spring skips its turn" ~ Hal Borland Thankful Print, print, print! "An animal's eyes have the power to speak a great language" ~Martin Buber You never get a second chance to make a first impression Once Upon a Time in Our World - December 'Tis The Season Once Upon a Time in Our World - November
Keywords
Archive
January February March April May June July August September October November December
© Beanpod Photography
Powered by ZENFOLIO User Agreement
Cancel
Continue